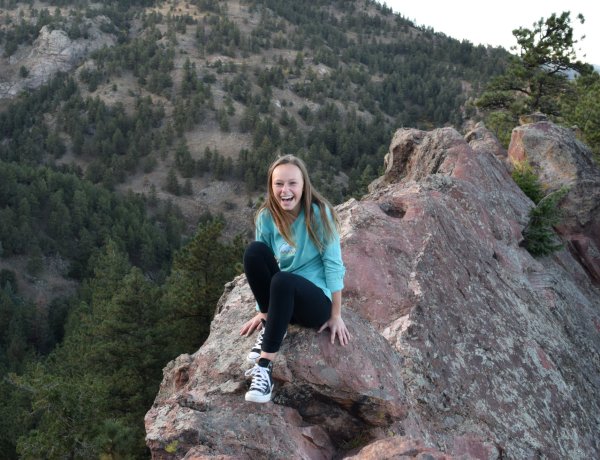 Up until a couple weeks ago I would be considered your average teenager. Stressed about school and the upcoming finals week, hanging out with my friends on the daily, and constantly coming up with creative new ways to procrastinate on doing my homework . You know the drill. Then my family has the wild idea to backpack around the world. This was quite a dramatic life change as after living in Colorado for almost eight years I had just began to think I had found my place. I had great friends, I was doing well in school, and I actually could see my life following a very similar path to most people in today’s world. High school, college, work, retirement, and then eventually my inevitable death. Realization that my passion for traveling and photography would never be used in the usual nine to five workplace came later. So I agreed. My life is now a constant adventure, far from the societal norm. Do I have any idea where I will be five years from know? No, but that’s part of the fun.

Watching the sunset from my apartment window... Dreaming of far away places 🍃🍃
Moments of peace and home from the last six months :)
This summer I slept in tents, in vans, on couches, under the stars, in the middle of nowhere, in pilgrim hostels, off the side of the highway, and realized that this time we have passes too fast...
This one goes out to good pals, atún y más atún, la casa de Montse, and the countless lessons to be learned from life on the road #caminodesantiago
une belle journée ☀️
🌴😎🌈
Buenavista del Norte 🌸
The end of the world
El Tiede
Belgium travel tip: map out every chocolate shop that gives free samples and make laps ;)
Nostalgia pt. 1/1000
2018, grateful for the reminder of how fast time moves. 2019, here's to whatever comes next.
Exploración
I've been waking up in Spain for month now, and while having electricity and running water is fantastic... I can't say that I don't miss this life a little bit
Took the bus an hour in the wrong direction and ended up in Machu Picchu or somethin'
🌈🌈🌈
city of contrasts

Where in the world am I?