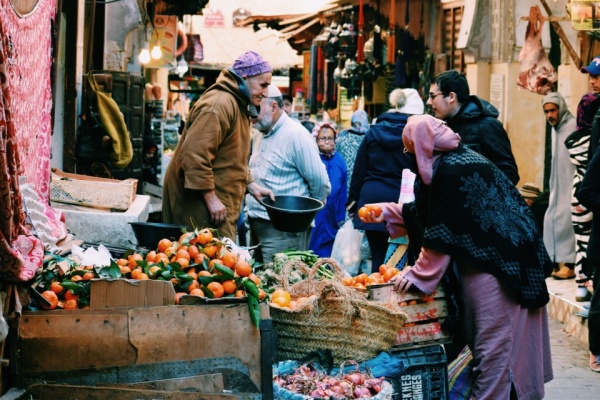 With the help of my friends in Morocco, I learned a good amount of phrases to use during the three months we lived there. These are the Darija Arabic phrases that have been most useful in Morocco, all tested and approved.

Note: Many of the phonetic spellings that are written here are not the official spellings, but the ones  that I feel are easiest to understand and say.

Hello. People in Morocco greet each other by saying Salam Alaykom. In friendly situations this is followed by a kiss on both cheeks. This literally translates to peace be with you, and the correct response is Wa-Alaikum Salaa. You can also shorten this phrase and just say Salam.

If god wills it. Inshallah is one of the most commonly used phrases. You can say inshallah pretty much whenever you like. “I’ll see you later, inshallah. ” “I’ll come on the trip, inshallah”. I’ve also discovered that this can be used to get out of awkward marriage proposals and third dinner invites.

Thank god. Where as Inshallah is used for things that might happen in the future Al hamdullah is used to express happiness or gratitude for something that has just happened. It literally translates to “with thanks to god.” similarly, Mashallah, is an expression to show the same feeling of thankfulness at something that someone else shares.

Kathryn and I in traditional Moroccan dresses

Sorry/Excuse me. Another very important word that can get you out of many situations is smeh-lia.

How are you? Labess? Means “how are you?” The correct response is Labess, wenti(wentu for a man). This translates to “good, and you?” 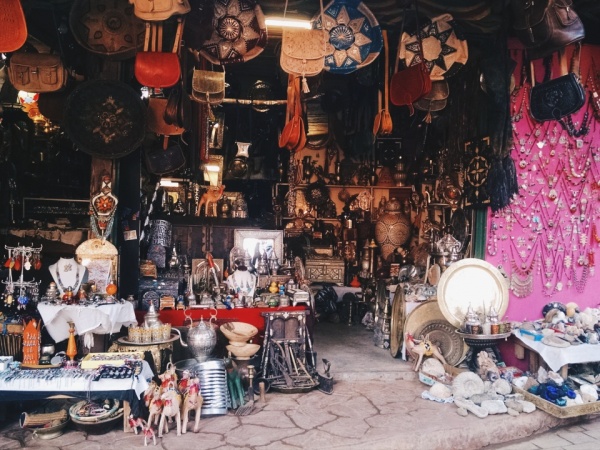 Seen in the Atlas Mountains

Delicious. Bnine. You will definitely be using this word often because food in Morocco is always delicious.

A little bit. Shwiya. This word technically means “a little bit” but I’ve heard it in so many different contexts that I think it has a multitude of meanings. You can use it for asking for bread at the bakery “Shwiya khobz, afaak”, when someone asks how you are, if someone asks if you speak Arabic, and ect.

Dates for sale in Fez

Shoes for sale in Essaouira

Ok, enough, ect. The word Safi is constantly being used in many different situations. It can mean anything from “ok” at a cashier, “enough” at the bakery, or if said in a harsher tone, “leave me alone”.

How much? Bshhal. (say Bzeff if the price is to high)

A market in Berrechid 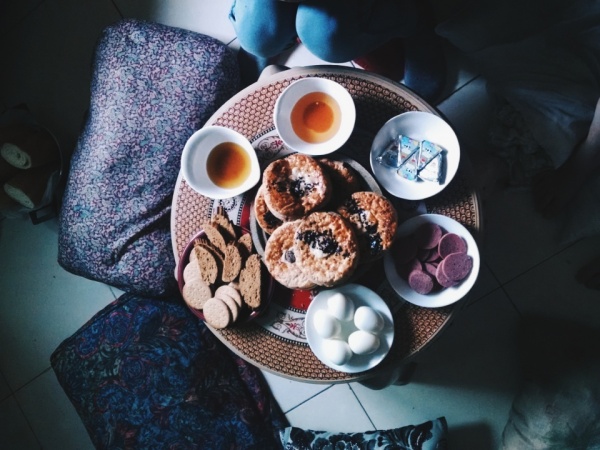 Watching the sunset from my apartment window... Dreaming of far away places 🍃🍃
Moments of peace and home from the last six months :)
This summer I slept in tents, in vans, on couches, under the stars, in the middle of nowhere, in pilgrim hostels, off the side of the highway, and realized that this time we have passes too fast...
This one goes out to good pals, atún y más atún, la casa de Montse, and the countless lessons to be learned from life on the road #caminodesantiago
une belle journée ☀️
🌴😎🌈
Buenavista del Norte 🌸
The end of the world
I love churros but I love my home more 🇪🇸 @kathryn.antle
El Tiede
Belgium travel tip: map out every chocolate shop that gives free samples and make laps ;)
Nostalgia pt. 1/1000
2018, grateful for the reminder of how fast time moves. 2019, here's to whatever comes next.
Exploración
I've been waking up in Spain for month now, and while having electricity and running water is fantastic... I can't say that I don't miss this life a little bit
Took the bus an hour in the wrong direction and ended up in Machu Picchu or somethin'
🌈🌈🌈

Where in the world am I?